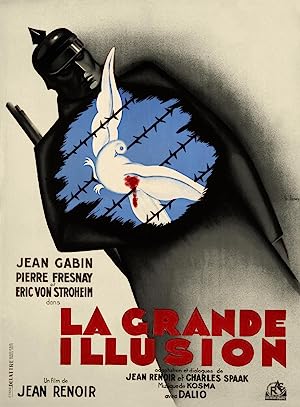 Summary: During 1st WW, two French officers are captured. Captain De Boeldieu is an aristocrat while Lieutenant Marechal was a mechanic in civilian life. They meet other prisoners from various backgrounds, as Rosenthal, son of wealthy Jewish bankers. They are separated from Rosenthal before managing to escape. A few months later, they meet again in a fortress commanded by the aristocrat Van Rauffenstein. De Boeldieu strikes up a friendship with him but Marechal and Rosenthal still want to escape…