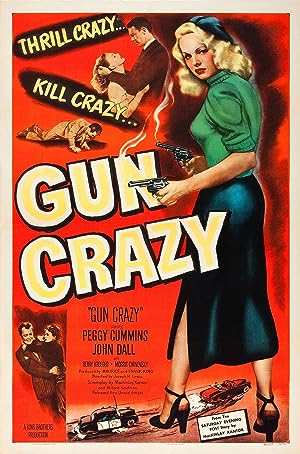 Summary: Since he was a child, Bart Tare has always loved guns. After leaving the army, his friends take him to a carnival, where he meets the perfect girl; Annie, a sharp-shooting sideshow performer who loves guns as much as he. The 2 run off and marry, but Annie isn’t happy with their financial situation, so at her behest the couple begins a cross-country string of daring robberies. Never one to use guns for killing, Bart’s dragged down into oblivion by the greedy and violent nature of the woman he loves.