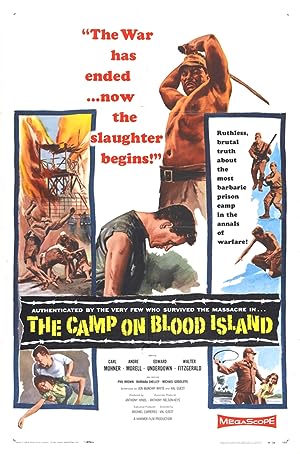 Summary: Deep in Malaya, as World War II is rapidly coming to an end, men, women and children, trapped by the Japanese invasion, are held captive in the Blood Island prison camp. Knowing that Yamamitsu, the sadistic commandant, will murder them all when he learns of his country’s defeat, Dutch, a Dutch planter, smashes the camp radio. British officer Lambert and, in the women’s prison, the recently-widowed Kate, join Dutch in arming the prisoners.