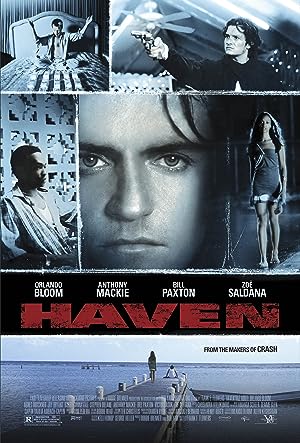 Summary: In Cayman Island, the daughter of a powerful man – Andrea – and the fisherman Shy are in a deep but secret love, hidden from Andrea’s parents. When Andrea’s father sails in a fish-trip, they have a night of love at Andrea’s home; however they sleep and are surprised by the arrival of her family in the morning. Later, Andrea’s brother Hammer throws acid on the face of Shy and spends four months in prison. In Miami, the dirty businessman Carl Ridley is chased by Federal agents and escapes with his teenage daughter Pippa to Cayman Island trying to reach his lawyer Mr. Allen. Pippa meets the small time thief Fritz sleeping in her room and he invites her to go a party. Before leaving the condo, Fritz sees Carl counting lots of money. Fritz owes money to the dangerous drug dealer Richie Rich and tells him about the fortune Carl has. Along a Friday 13th night, their lives entwine in a chain of tragic events.