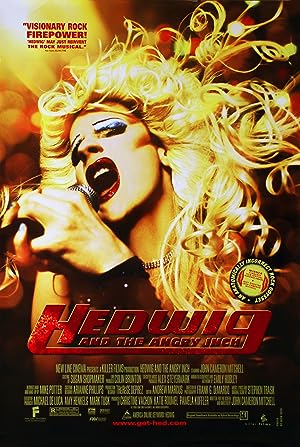 Summary: Hedwig, born male as Hansel in East Berlin, fell in love with an American G.I. and underwent a Gender Confirmation Surgery in order to marry him and flee to the West. Unfortunately, nothing worked out quite as it was supposed to – years later, Hedwig is leading her rock band on a tour of the U.S., telling her life story through a series of concerts at Bilgewater Inn seafood restaurants. Her tour dates coincide with those of arena-rock star Tommy Gnosis, a wide-eyed boy who once loved Hedwig – but then left with all her songs.