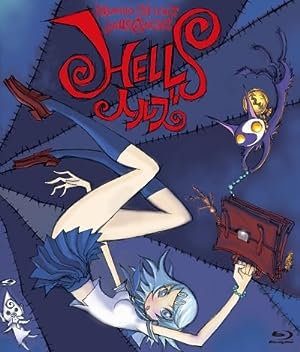 Summary: Linne’s a lively teenage girl, rushing off to her first day at a new school, promising her mother that she’ll make a hundred friends. She’ll arrive at a new school and make some interesting friends, but not at the school she expected. Not in the realm of the living, in fact, for a sudden traffic accident sends her through the gates of the after-world. By the time she’s realized that she’s in the afterlife and that her new classmates are demons of hell and not just outlandishly attired urban hipsters, she’s already begun to make friends, make a name for herself, and catch the eye of the handsome, smooth-talking student council president. She’s also earned the attention of Headmaster Helvis-a fearsome red demon with the dress and manner of the King, baby-and that’s not such a good thing. Especially given that something’s not right here-Linne can bleed, which means she’s alive, and that will have some pretty serious consequences for her and in fact for all of Hell’s denizens.