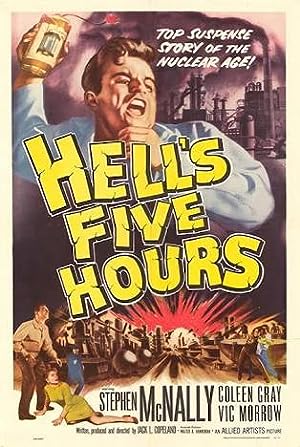 Summary: This story follows a crazed man on his way to committing suicide on the towns nuclear plant with a bomb strap to his torso after being fired from the plant. But while up on top of the plant, a young lady who is the plant managers wife and son are both soon held hostage by the suicidal man. With the man about to commit suicide and take the whole town with him, it’s up to the nuke manager and husband of hostage to tell the police to get all families out of town and to convince the man to not make this deadly decision.