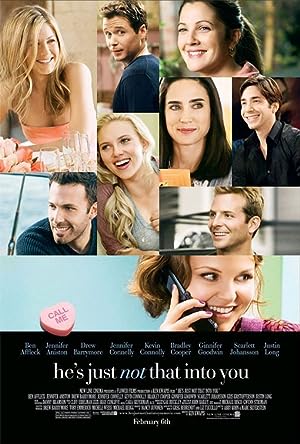 Summary: The needy Gigi Haim is a young woman seeking her prince charming somewhere amongst her unsuccessful dates. After dating estate agent Conor Barry, Gigi anxiously expects to receive a phone call from him. However Conor never calls her. Gigi decides to go to the bar where he frequents to see him, but she meets his friend Alex who works there. They become friends and Alex helps Gigi to interpret the subtle signs given out by her dates.

Tags: 1080pBluRayHe's Just Not That Into You