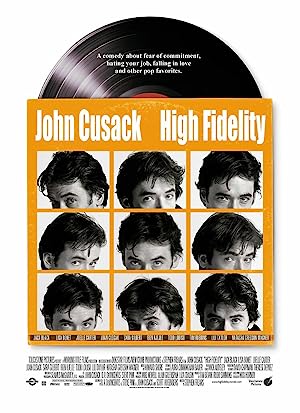 Summary: Thirty-something Rob Gordon, a former club DJ, owns a not so lucrative used record store in Chicago. He not so much employs Barry and Dick, but rather keeps them around as they showed up at the store one day and never left. All three are vinyl and music snobs, but in different ways. Rob has a penchant for compiling top five lists. The latest of these lists is his top five break-ups, it spurred by the fact that his latest girlfriend, Laura, a lawyer, has just broken up with him. He believed that Laura would be the one who would last, partly as an expectation of where he would be at this stage in his life. Rob admits that there have been a few incidents in their relationship which in and of themselves could be grounds for her to want to break up. To his satisfaction, Laura is not on this top five list. Rob feels a need not only to review the five relationships, which go back as far as middle school when he was twelve, and try to come to terms with why the woman, or girl as the case may be, left him, but also, in the words of Charlie Nicholson, number four on the list, “what it all means” for why he has ended up where he is, which is nowhere, personally or professionally, close to what he envisioned. He also has to come to terms with what it means that Laura has moved on to Ian Raymond, a man for who neither had any respect when they were together.