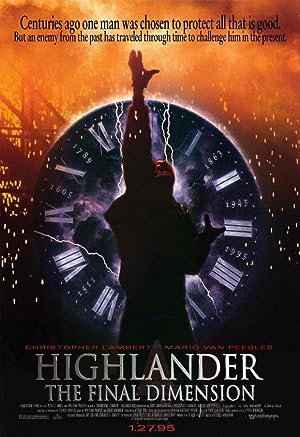 Summary: The third Highlander movie takes place at 1994, which means it’s a prequel of the second film. After the death of his beloved wife Heather some centuries ago, Connor MacLeod left the highlands of Scotland and wandered around the world. Finally, he got to Japan, where he met the famous sorcerer Nakano, who was an Immortal too. Soon, they became friends, and Nakano taught Conor some tricks. But one day, an old enemy, Kane, came to Japan willing to find Nakano’s cave and kill him. Although he succeeded, after cutting Nakano’s head the mountain collapsed and Kane was trapped. Now, centuries after, an excavation reveals Nakano’s cave…