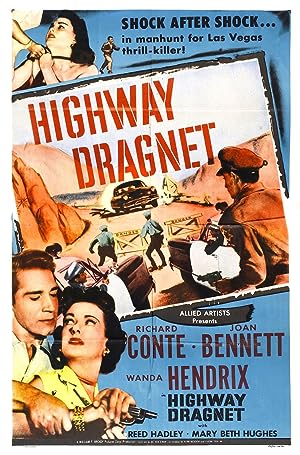 Summary: Mrs. Cummings, a free-lance magazine photographer and a recent widow after her husband committed suicide, and her model, Susan, are on an assignment to cover resorts California and Nevada. Driving west from Las Vegas they pick up Jim Henry, a recently-discharged Marine, who is hitchhiking to the home of a friend near the Salton Sea. Meanwhile, back in Las Vegas, a blonde known casually by Jim, is found murdered. Jim becomes the object of a manhunt directed by Police-Lieut. White Eagle of the Las Vegas police.