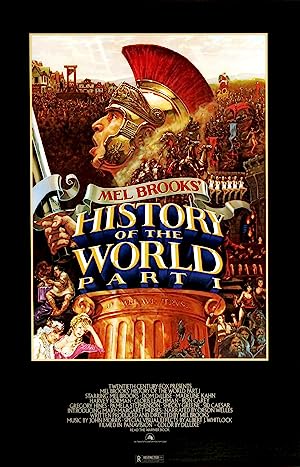 Summary: From the dawn of man to the distant future, mankind’s evolution (or lack thereof) is traced. Often ridiculous but never serious, we learn the truth behind the Roman Emperor, we learn what REALLY happened at the Last Supper, the circumstances that surrounded the French Revolution, how to test eunuchs, and what kind of shoes the Spanish Inquisitor wore.