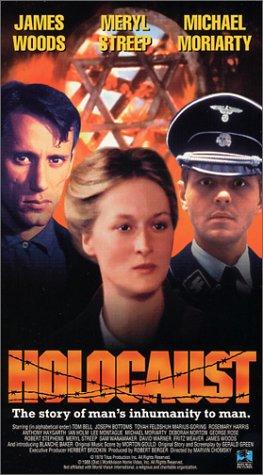 Summary: “Holocaust” follows each member of the Jewish Family Weiss throughout Hitler’s reign in Germany. One by one, the family members suffer the horrible fate of extermination under Anti-Semetic Nazi Law until only one son remains at the end of World War II. A sub-plot follows the story of Eric Dorf, a young German lawyer with a good heart who is changed into a mass murderer by membership in the SS.