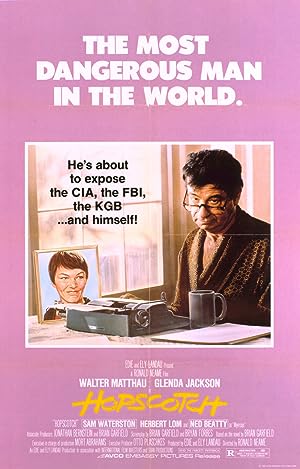 Summary: CIA agent Miles Kendig decides to get out of ‘the game’ and to ensure he’s left alone he threatens to send his memoirs to the world’s intelligence agencies. When the CIA doesn’t believe him, he calls their bluff and starts writing and sending out chapters one by one. Realizing that their operations would be compromised, the CIA (led by Myerson and Cutter) set out to put an end to Kendig’s plan by whatever means necessary. The heart of the movie follows a game of cat and mouse between a fumbling CIA and an artful Kendig.