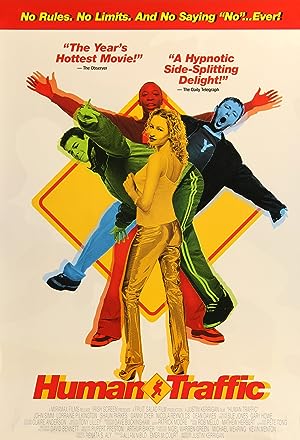 Summary: The Cardiff club scene in the 90’s: five best friends deal with their relationships and their personal demons during a weekend. Jip calls himself a sexual paranoid, afraid he’s impotent. Lulu, Jip’s mate, doesn’t find much to fancy in men. Nina hates her job at a fast food joint, and her man, Koop, who dreams of being a great hip-hop d.j., is prone to fits of un-provoked jealousy. The fifth is Moff, whose family is down on his behavior. Starting Friday afternoon, with preparations for clubbing, we follow the five from Ecstacy-induced fun through a booze-laden come-down early Saturday morning followed by the weekend’s aftermath. It’s breakthrough time for at least three of them.