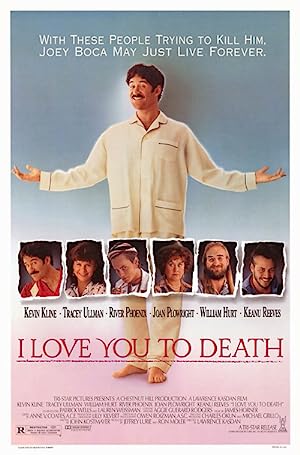 Summary: Joey works with Rosalie in their pizza parlor. She is convinced that he works all of the time for them and her world dissolves when she finds that he has been fooling around for years. Being Catholic, divorce is out of the question, so she and her mother and her best friend decide to kill him. Hopelessly incompetent as killers, they hire incompetent professionals as they beat, poison, and shoot Joey who remains oblivious to their attempts.