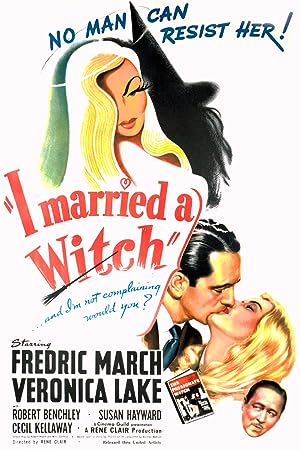 Summary: In 1672, two witches (Jennifer and her father Daniel) were burned by puritan Jonathan Wooley. In revenge, Jennifer cursed all future generations of the Wooley family, that the sons will always marry the wrong woman and be miserable. In the 20th century, a bolt of lightning frees Jennifer and her father from the tree that had kept their souls imprisoned. Jennifer assumes corporeal form and decides to make up-and-coming politician Wallace Wooley, then unhappily engaged, even more miserable by getting him to fall in love with her before his wedding. Wallace is a straight arrow, though, and Jennifer has to resort to a love potion. As we all know, love potions tend to backfire, with comedic results.