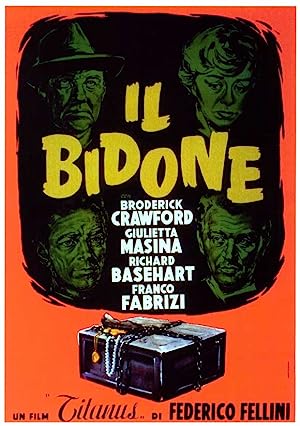 Summary: Aging small-time con man Augusto, who swindles peasants, works with two younger men: Roberto, who wants to become the Italian Johnny Ray, and Bruno, nicknamed Picasso, who has a wife and daughter and wants to paint. Augusto avoids the personal entanglements, spending money at clubs seeking the good life. His attitude changes when he runs into his own daughter, whom he rarely sees, and realizes she’s now a young woman and in need of his help to continue her studies. His usual partners are away, so he goes in with others to run a swindle, and they aren’t forgiving when he claims he’s given the money back to their mark. They leave him beaten, robbed, and alone.