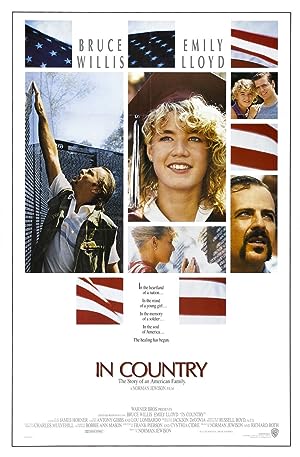 Summary: Samantha Hughes, a teenaged Kentucky girl, never knew her father, who died in Vietnam before her birth. Samantha lives with her uncle Emmett, who also served in Vietnam. Emmett hangs around with Tom, Earl, and Pete, three other Vietnam vets who, like Emmett, all have problems of one kind or another that relate to their war experiences. Sam, as Samantha is known, becomes obsessed with finding out about her father and his experiences, but Emmett and the other vets don’t want to talk about the war. Sam pushes everyone to attend a dance honoring the town’s veterans, but Pete and Earl get into a fight, Emmett disappears, and Tom takes Sam home for an unsuccessful tryst. When Sam reads her father’s diary, she begins to understand what his life and death meant, and she and Emmett, with a trip to the Vietnam Veteran’s Memorial, come at least temporarily to terms with the war in their lives.