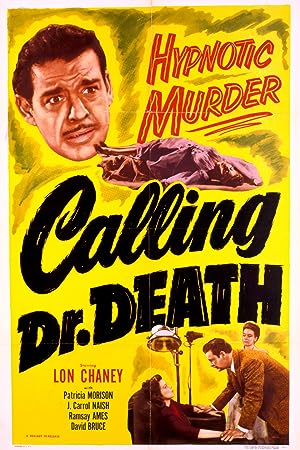 Summary: Losing his memories of the last few days, neurologist Dr. Steele is told that his wife has been brutally murdered. Steele, aware of his conniving wife’s infidelity, believes he may have been the killer and enlists the aid of his pretty nurse Stella to hypnotize him into recovering his lost memories.