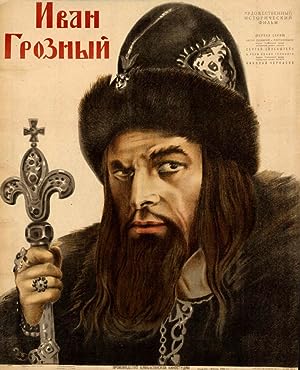 Summary: In 1547, Ivan IV (1530-1584), archduke of Moscow, crowns himself Tsar of Russia and sets about reclaiming lost Russian territory. In scenes of his coronation, his wedding to Anastasia, his campaign against the Tartars in Kazan, his illness when all think he will die, recovery, campaigns in the Baltic and Crimea, self-imposed exile in Alexandrov, and the petition of Muscovites that he return, his enemies among the boyars threaten his success. Chief among them are his aunt, who wants to advance the fortunes of her son, a simpleton, and Kurbsky, a warrior prince who wants both power and the hand of Anastasia. Ivan deftly plays to the people to consolidate his power.