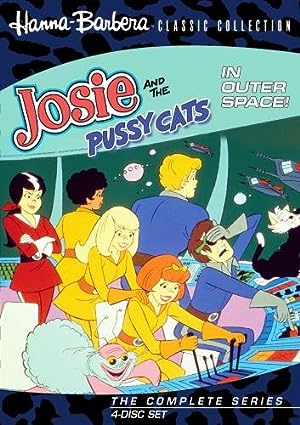 Summary: Josie and the gang are doing a photo shoot on a rocket ship when Alexadra, wanting to get into the spotlight, shoves Josie out of the way, causing Josie to accidentally bump into the rocket’s launch control causing the rocket to take off with them on board. Throughout the series, the band along with the alien creature Bleep continuously battle aliens intent on taking over the universe as they attempt to find their way home.

Josie and the Pussycats in Outer Space (1972) – The Complete Series