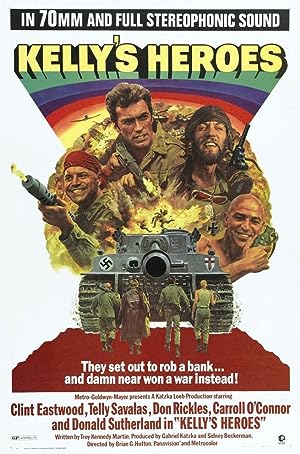 Summary: During World War II a German Colonel is captured by the Americans but before he can be interrogated an artillery barrage hits the camp. However, Ex-Lieutenant Kelly manages to reach the Colonel, get him drunk and learn that he is on a secret mission to ship $16,000,000 of gold to a base in France. Kelly is determined to get the gold and plans for himself and a few of his fellow soldiers to slip into enemy territory and steal the bullion.