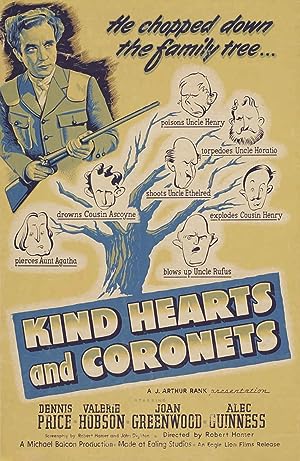 Summary: In prison awaiting execution the next morning Louis, the 10th Duke of Chalfont, sets down on paper the events that led him to his current situation. His mother has been banished from her family, the D’Ascoynes, after she married Louis’ father who was considered far beneath her. After her death, the D’Ascoynes refused permission for her to be buried in the family crypt. Louis then plots his revenge – and kills all those ahead of him in the succession until he becomes the Duke. Along the way, he becomes involved with the married Sibelia who, when spurned, makes sure he ends up in prison. The day before his execution Sibelia recants her testimony saving him not only from the gallows but also sets him free. Once outside the prison however, he realizes he’s forgotten one little thing……..