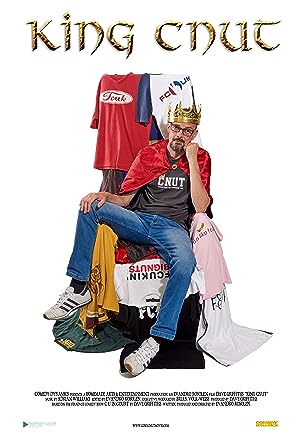 Summary: When fashion industry giant French Connection launched their new logo FCUK, comedian Dave Griffiths thought it’d be funnier if instead it said CNUT. Inspired by friends, other comedians and his audience, Dave starts producing and selling his own CNUT t-shirts. It wasn’t long though before French Connection found out about it. Only thing is; they didn’t find it as funny. Dave receives a ‘Cease & Desist’ letter demanding that he stops manufacturing and selling his CNUT t-shirts; as well as pay compensation for the t-shirts sold! In the midst of the dispute and curious about who French Connection really were, Dave starts going to their shops and website, and signs up to their brochure and newsletter. And that’s when he sees it. French Connection had taken the Ford logo and copied it, with FCUK in it instead! Upset with French Connection’s double standards and hypocrisy, Dave contacts Ford and tells them about the infringement. Soon enough, the t-shirt is withdrawn! Since that day, Dave has already found countless other infringements by French Connection; from Pepsi, Durex and IBM to 20th Century Fox, AC/DC and Lego – and he has contacted every single company! King Cnut tells the story of this epic battle! We hear about all the court cases, see the actual infringements and on the way learn about a 1000 year old king and how he saved Dave and his CNUT t-shirts!