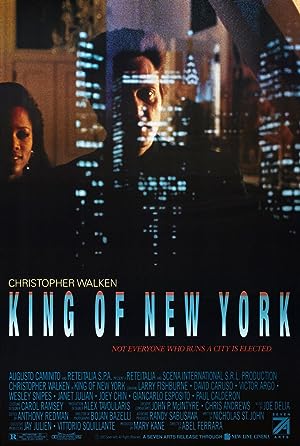 Summary: After completing a lengthy prison sentence, one-time drug kingpin Frank White returns to New York intent on reestablishing his empire and making things as they were before he left. Others of course have taken over the business during his absence but that clearly isn’t going to stop White. While he is gunning down the opposition, he decides he’s going to give away the money he’ll make to modernize the hospital in his old neighborhood. Drug dealers aren’t the only thing he has to worry about however: a group of rogue cops decide they are going to take him down.