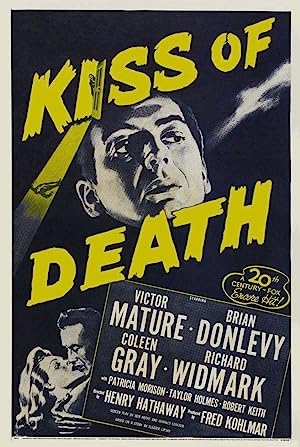 Summary: Small-time crook Nick Bianco gets caught in a jewel heist and despite urgings from well-meaning district attorney D’Angelo, refuses to rat on his partners and goes to jail, assured that his wife and children will be taken care of. Learning that his depressed wife has killed herself, Nick informs on his ex-pals and is paroled. Nick remarries, gets a job and begins leading a happy life when he learns one of the men he informed on, psychopathic killer Tommy Udo, has been released from custody and is out for revenge against Nick and his family.