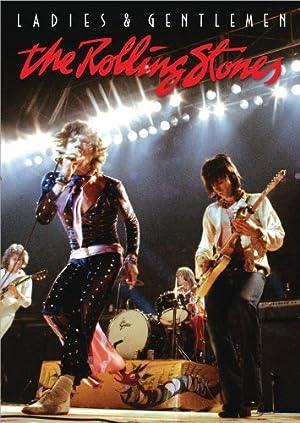 Ladies and Gentlemen: The Rolling Stones (1973)

Summary: In 1972, the Stones bring their Exile on Main Street tour to Texas: 15 songs, with five from the “Exile” album. Mick Jagger, Keith Richards, Mick Taylor, Charlie Watts, and Bill Wyman on a small stage with three other musicians. Until the lights come up near the end, we see the Stones against a black background. The camera stays mostly on Jagger, with a few shots of Taylor. Richards is on screen for his duets and for some guitar work on the final two songs. It’s music from start to finish: hard rock (“All Down the Line”), the blues (“Love in Vain” and “Midnight Rambler”), a tribute to Chuck Berry (“Bye Bye Johnny”), and no “Satisfaction.”