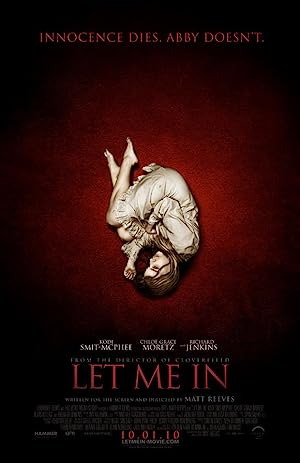 Summary: In Los Alamos, New Mexico, the twelve year-old Owen is a lonely and outcast boy bullied in school by Kenny and two other classmates; at home, Owen dreams of avenging himself against the trio of bullies. He befriends his twelve-year-old next door neighbor, Abby, who only appears during the night in the playground of their building. Meanwhile, Abby’s father is a wanted serial-killer who drains the blood of his victims to supply Abby, who is actually an ancient vampire. Abby advises Owen to fight Kenny; however, soon he discovers that she is a vampire, and he feels fear and love for the girl. Meanwhile a police officer is investigating the murder cases, believing that it is a satanic cult.