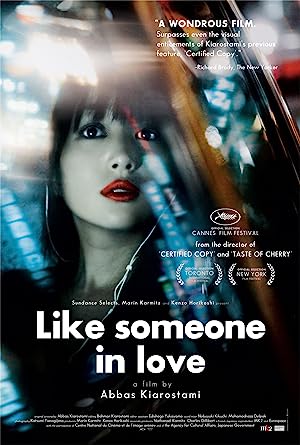 Summary: Like Someone in Love I is a Japanese-language film directed by Iranian director Abbas Kiarostami. It has been selected to be screened in the main competition section at the 2012 Cannes Film Festival. Written by Abbas Kiarostami.