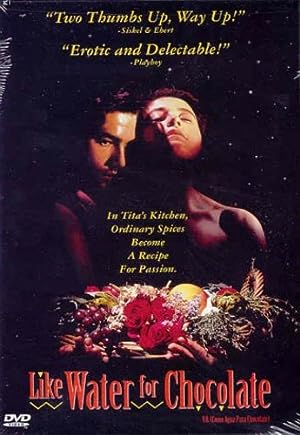 Summary: In a forgotten Mexico village Tita and Pedro fall in love, but their marriage is forbidden as to traditions. Mother Elena sees Tita’s role as her caretaker for life – no youngest daughter has ever married and her daughter will not be the first to break tradition. Tita’s heart breaks when her mother offers Pedro her sister instead of her, and he accepted it just to live near Tita- he says. Now they live in the same house, and mother Elena cannot forbid their love as she did their marriage.