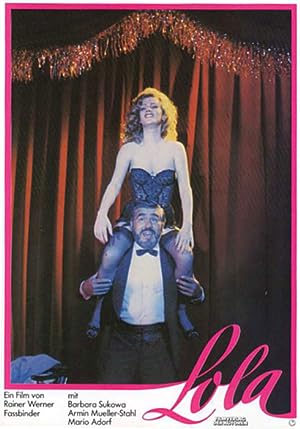 Summary: Ten years after the war, West Germany’s market economy is booming. Into an unnamed city that’s rife with corruption comes a new building commissioner, Herr von Bohm, committed to progress but also upright. He’s smitten by Marie-Louise, a single mother who’s his landlady’s daughter. Von Bohm does not realize she is also Lola, a singer at a bordello and the mistress of Schuckert, a local builder whose profits depend on von Bohm’s projects. When von Bohm discovers Marie-Louise’s real vocation and looks closely at Schuckert’s work, will this social satire play out as a remake of “Blue Angel,” a visit of Chekhov to West Germany, or an update of Jean Renoir’s “Rules of the Game”?