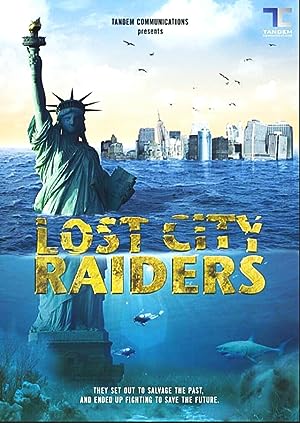 Summary: In 2048, global warming caused the sea level to raise high above most cities. John Kubiak runs a salvage business with his adopted orphan sons, cocky Jack and erudite, cautious Thomas. Yet top priority, above profit, is a secret project for New Vatican cardinal Battaglia which even the boys only learn about when it kills John. It’s retrieving the pharaonic scepter of Sobek, according to legend commanding the sea-level. The Kubiaks’ ruthless rival in this relic hunt is against real estate super-tycoon Nicholas Filiminov, who also recruited Jack’s ex, Giovanna Becker, by promising to finance her geological sea control research.