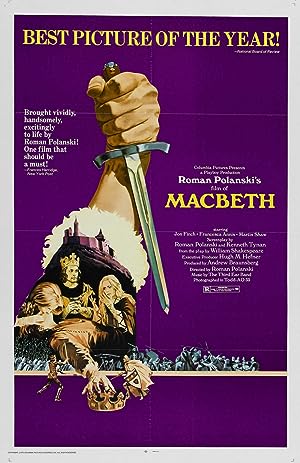 Summary: Roman Polanski’s version of Shakespeare’s tragedy about a Scottish lord who murders the king and ascends the throne. His wife then begins hallucinating as a result of her guilt complex and the dead king’s son conspires to attack Macbeth and expose him for the murderer he is.