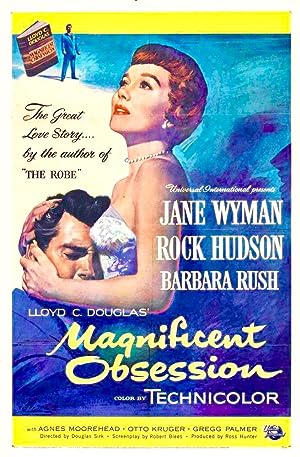 Summary: When churlish, spoiled rich man Bob Merrick foolishly wrecks his speed boat, the rescue team resuscitates him with equipment that’s therefore unavailable to aid a local hero, Dr. Wayne Phillips, who dies as a result. Phillips had helped many people, and when Merrick learns Phillips’ secret, to give selflessly and in secret, he tries it in a ham-handed way. The result further alienates Phillips’ widow, Helen, with whom Merrick has fallen in love. Merrick’s persistence causes another tragedy, and he must remake his life, including going back to medical school, in an attempt to make amends and win her love.