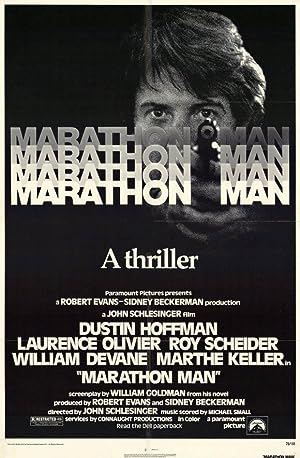 Summary: In New York, the brother of an infamous Nazi war criminal in hiding is killed in a head-on collision with an oil truck. Shortly thereafter, members of a covert U.S. government group called the Division begin being murdered one by one. Meanwhile, graduate student and marathon runner Thomas “Babe” Levy researches history as his father, who committed suicide after the Communist witch hunts of the McCarthy era ruined his reputation. When he sees his brother, one Division member, stabbed to death, it is revealed that Christian Szell, the White Angel of Auschwitz, is wrapping up loose ends to smuggle priceless diamonds from the United States.