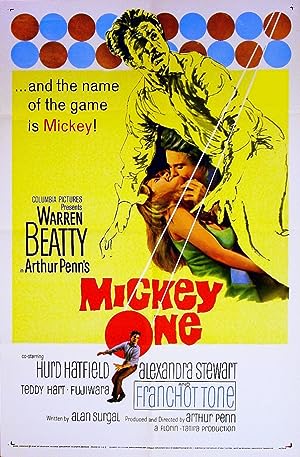 Summary: After incurring the wrath of the mob, a comic flees Detroit for Chicago taking the name “Mickey One” from a stolen Social Security card from a homeless bum he witnesses being beaten up and robbed. As he returns to the stage and becomes successful, he fears that the mob will track him down. He wishes to square himself with the mob, but doesn’t know what he did to anger them or what his debt is.