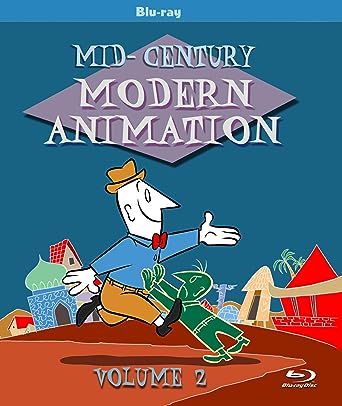 Summary:  Thunderbean is proud to present this second collection of rare, ‘modern design’ cartoons from the 40’s, 50’s and early 60’s. This volume features rare commercials and industrial films produced by studios stepping away from the established cartoon design styles that had become standards in the industry, instead finding inspiration in modern graphic design and the work of contemporary fine artists. These new ideas in animation design became staples of the Television age, largely because of the influences and pioneering work of United Productions of America (UPA) as well as the many newly established commercial studios. Many of the shorts in this collection run 15 to 20 minutes. This new collection is mastered from original 16mm and 35mm prints