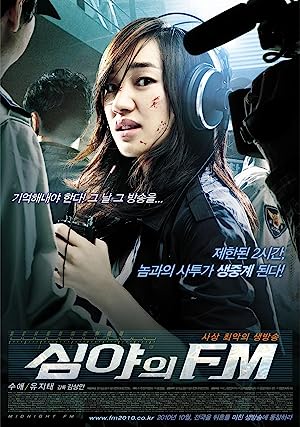 Summary: Popular TV anchorwoman and late night radio host Sun-Young (Soo-Ae) prepares to work her final radio program. After this program she will prepare to take her ill daughter to America the following morning. During the radio show Ko Sun-Young receives a startling text message. At Ko Sun-Young’s apartment, her ill daughter is being watched by Sun-Young’s sister Ah-Young (Shin Da-Eun). Then, a man named Dong-Su (Yoo Ji-Tae) breaks into the apartment with a large wrench. He knocks Ah-Young unconscious, but is unable to locate Sun-Young’s daughter – who is hiding in a closet. Dong-Su then sends the text message to Sun-Young instructing her to follow his directions and not to tell anyone.