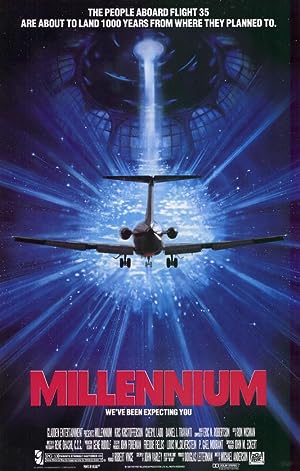 Summary: Bill Smith, chief investigator for the National Transportation Safety Board (NTSB), has been assigned to determine whether human error is the cause of an airline crash. He and his team of investigators are very confused by the words on the cockpit voice recorder by the crew relating to the crash. But at the same time, a theoretical physicist named Dr. Arnold Mayer has a real professional curiosity about the crash, which borders on science fiction. While giving a university lecture, he talks about time travel and the possibility of visitors from the future. Smith discovers the involvement of an organization of time travellers from a future Earth irreparably polluted who seek to rejuvenate mankind from those about to perish in the past.