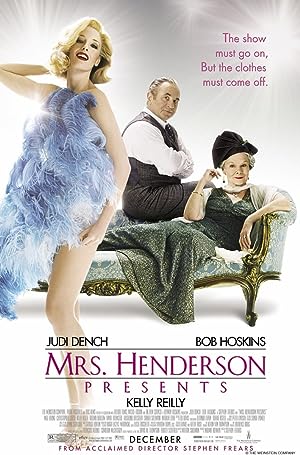 Summary: Recently widowed well-to-do Laura Henderson is at a bit of a loose end in inter-war London. On a whim she buys the derelict Windmill theatre in the West End and persuades impresario Vivian Van Damm to run it, despite the fact the two don’t seem to get on at all. Although their idea of a non-stop revue is at first a success, other theatres copy it and disaster looms. Laura suggests they put nudes in the show, but Van Damm points out that the Lord Chamberlain, who licenses live shows in Britain, is likely to have something to say about this. Luckily Mrs Henderson is friends with him.