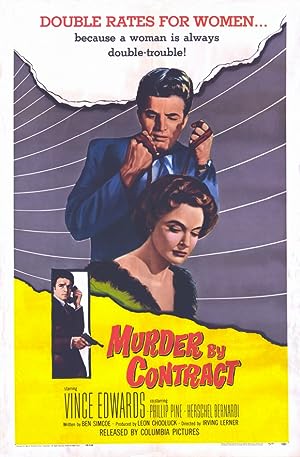 Summary: Claude is a young man with a regular job, no history of trouble with the law and no chance of making any real money. He also has the brains and emotional detachment to make the big bucks as a hit man, and that becomes his new job title. A string of successful hits gets him sent to Los Angeles for his latest job. There he is accompanied by two goons: one who is perpetually nervous and the other who quickly worships the young man as a hero. The cold, ruthless hit man finally becomes unglued when he finds out that his latest target is a woman. She’s a witness, set to testify against his boss, and guarded day and night by the police. It’s her femininity that worries Claude: women are unpredictable, they don’t do what you expect. Claude eventually proves that he is the unpredictable one and his own worst enemy.