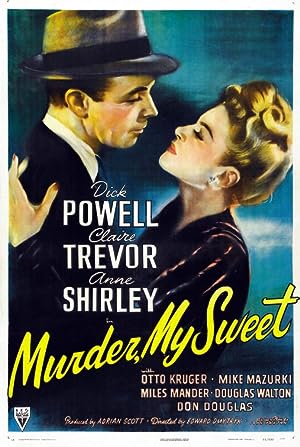 Summary: This adaptation of the Raymond Chandler novel ‘Farewell, My Lovely’, renamed for the American market to prevent filmgoers mistaking it for a musical (for which Powell was already famous) has private eye Philip Marlowe hired by Moose Malloy, a petty crook just out of prison after a seven year stretch, to look for his former girlfriend, Velma, who has not been seen for the last six years. The case is tougher than Marlowe expected as his initially promising enquiries lead to a complex web of deceit involving bribery, perjury and theft, and where no one’s motivation is obvious, least of all Marlowe’s.