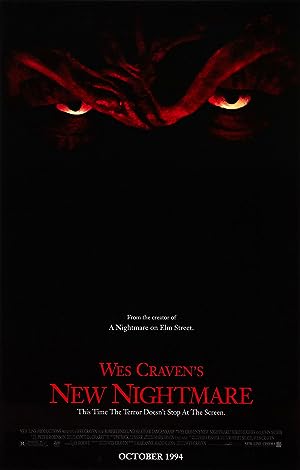 Summary: It’s nearing the 10th Anniversary of the film ‘A Nightmare on Elm Street’ and one of the stars, Heather Langenkamp is being scared by a voice on a phone, sounding very similar to the film’s villain, Freddy Krueger. When Heather’s husband is killed in a car accident and is discovered with slash marks on him, Heather starts to wonder something. Especially when she discovers that Wes Craven is writing another ‘Nightmare’ film. Soon, she realizes that Freddy has now entered the real world, and the only way to defeat him is to become Nancy Thompson once again.