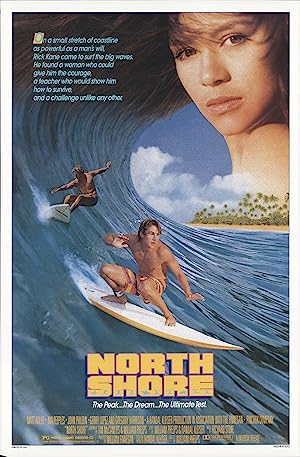 Summary: Before entering art school, Rick Kane sets out to surf the big wave season on the north shore of Oahu, Hawaii, after winning a surfing contest in an Arizona wave pool by his home. Once in Hawaii, he immediately finds out that he knows nothing about the local habits, customs, or pecking order which cause him some starting problems. After being robbed by the local surf gang, he has a chance meeting with famous surfboard shaper Chandler, and after figuring out they have an artistic connection, Chandler offers Rick a place to sleep and something to eat. Chandler teaches him how to “read” the big waves and the difference between ‘soul surfers’ and those who surf for fame and money. He also manages to get the attention of a beautiful young native, which further stirs the pot with the “locals” but in the end gives him the courage and determination to take what he has learned from Chandler and surf the big waves like he had dreamed he could.