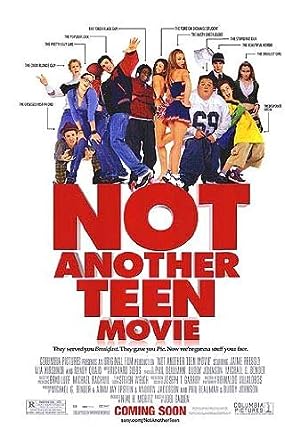 Summary: At John Hughes High School, the students are the same as just about every other teenager in a teen movie. The popular jock, Jake, takes a bet from Austin, the cocky blonde guy, that he can transform Janey, the pretty ugly girl, into the prom queen before the prom. But two people are trying to stop Jake from succeeding: his evil sister, Catherine, the cruelest girl in school, and Priscilla, the bitchy cheerleader. And all of their friends are the same as any other teen movie: Areola, the naked foreign exchange student, Les, the beautiful weirdo, Malik, the token black guy, the desperate virgins, Amanda Becker, the perfect girl, Ricky, Janey’s obsessed best friend, and Sadie, the VERY old undercover reporter.