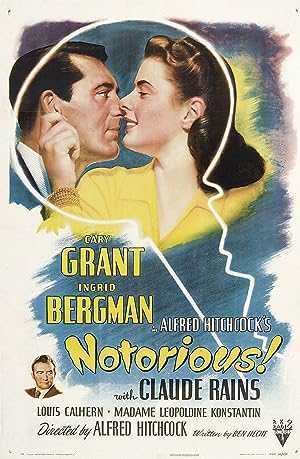 Summary: Following the conviction of her German father for treason against the U.S., Alicia Huberman takes to drink and men. She is approached by a government agent (T.R. Devlin) who asks her to spy on a group of her father’s Nazi friends operating out of Rio de Janeiro. A romance develops between Alicia and Devlin, but she starts to get too involved in her work.