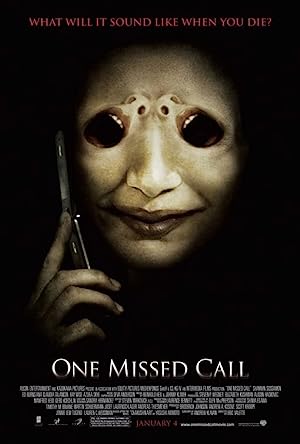 Summary: After the death of their friend Shelley, Leann Cole receives a voice mail from the future of the date and time when she would die. On the scheduled day, Leann sees weird things and in the precise informed hour, Leann is attacked by a supernatural force on a footbridge over a train station while talking to her friend Beth Raymond. Beth meets Leann’s boyfriend Brian, who also received a call, and witnesses his death on the street. When her roommate Taylor Anthony receives a call, Beth befriends Det. Jack Andrews, who tells her that his sister was the first victim of the phone call. They decide to investigate the connections of Jack’s sister and find the name of Marie Layton, who apparently abused of her daughters. Jack and Beth run against time trying to save Beth from her fate.