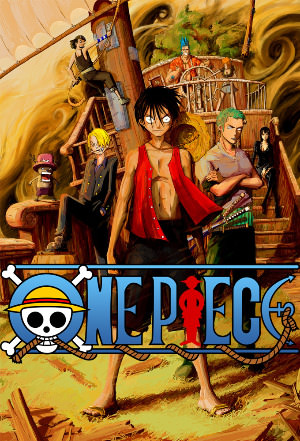 Summary: It was a time when pirates ruled the seas. Several bands of pirates were battling over the great hidden treasure, One Piece, which was left by the now legendary pirate captain, Gold Roger. There was a young boy who admired the pirates, his name was Monkey D. Luffy. One day, he mistakenly eats the devil’s fruit and turns himself into a rubber human being. Ten years have passed since that incident. Luffy sets out to sail all alone. He sets out to become a great pirate captain and that’s when his great adventure begins. “I’m going to be the Pirate King! I’m going to get One Piece!”.

Massive thanks to HoneyFoxxx for this upload!