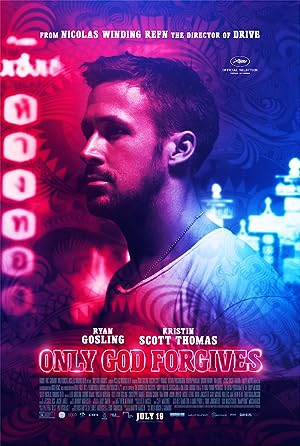 Summary: Bangkok. Ten years ago Julian killed a man and went on the run. Now he manages a Thai boxing club as a front for a drugs operation. Respected in the criminal underworld, deep inside, he feels empty. When Julian’s brother murders an underage prostitute, the police call on retired cop Chang – the Angel of Vengeance. Chang allows the father to kill his daughter’s murderer, then ‘restores order’ by chopping off the man’s right hand. Julian’s mother Crystal – the head of a powerful criminal organization – arrives in Bangkok to collect her son’s body. She dispatches Julian to find his killers and ‘raise hell’.